In the middle of November 2016 "Shtandart" arrived in Portugal, closing her current sailing season. This time it was an unusually long one and also one full of action. She started in Lübeck, Germany in the spring 2015, then summer, followed by the Mediterranean winter tour of 2015/16. Now we finally came back to the Atlantic coast.

Now it's a good point to look back to our last year and also take in the whole 17 years long history. What kind of impressions would we share with our fellows?

Surely we are proud of our victories: our captain’s gig team won at the Atlantic Challenge Contest, as good was Shtandart’s crew at the North Sea Tall Ships Regatta. We were the first in the rowing and sailing competitions, but the main prize for us is Friendship Trophy, which goes to the team with the best contribution to the cultural and global understanding.

Amid these competitions there were months of "routine" life aboard. It was, of course, daily sailing practice, which allows us to grow such strong crews who pick up regatta trophies. Between May and November 2016 "Shtandart" visited 34 cities in 8 countries, drop astern 5450 miles, 70% of which using only sail power. 207 trainees participated in our voyagess as sailors, more than 36000 visitors came on board during our harbour stays.

During the last 17 years “Shtandart" sailed through 140 892 nautical miles, little less than 7 distances around the globe. In 116 cities of 27 countries, the Russian flag flew over the first frigate of the Tsar Peter the Great. 6893 trainees from 27 countries set sail to the sea on board the sail training ship.

Yes, all these people are we — all the dreamers, the adventurers, the people, who don’t like to sit still. We explore the life and our place in it, becoming a part of the great crew of "Shtandart".

What was deeply impressed us during the last season?

In early May we started from Barcelona, made a quick trip to Mallorca and Ibiza. Then there was crossing of the Greenwich meridian and Gibraltar. Along the Portuguese coast we sailed to France, where Shtandart for a month became a museum ship in Rochefort. Before we knew, we found ourselves in the midst of the huge maritime festivities in Brest. We were moored in a place of honour at a historical pier, and thousands of visitors walked along our deck. We took with a band of children to Saint-Malo. We went through intensive training in the English Channel, in the North Sea, in the Netherlands and near the British coast. 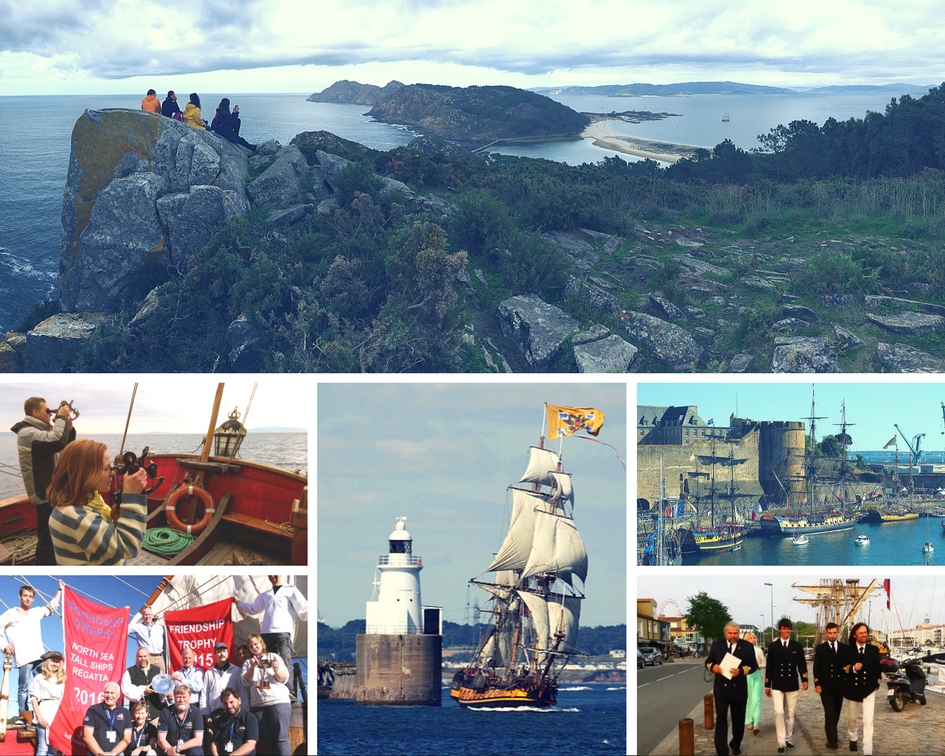 After the North Sea Tall Ships Regatta we came back to the Netherlands, where we undertook a kind of express maintenance for the ship. After that we saw again French shores during the festival in Calais. After a short visit to Plymouth we took a rest again in Brest and La Rochelle, discovered a couple of islands and worked our way to Bordeaux. There we took a crazy gale-force crew on board and sailed through the Bay of Biscay down to the Cape Finisterre, from where it was just a short trip to our winter quarters in Vila Do Conde.

Now we are busy with the preparations for our next sailing season, we want it to become an amazing continuation on top of the recent successes. Check out our sailing plan 2017 and better make sure you'll have enough of your vacation left, since we’ve planned a couple of trips with the power to surprise.

Meanwhile, the crew of "Shtandart" has rolled up the sleeves for the big refit.