Playing an exciting game with an awesome team is great – but winning in it is even better. So it was for us in the North Sea Tall Ships Regatta that went from Blyth to Gothenburg between the 29th of August and the 2nd of September. 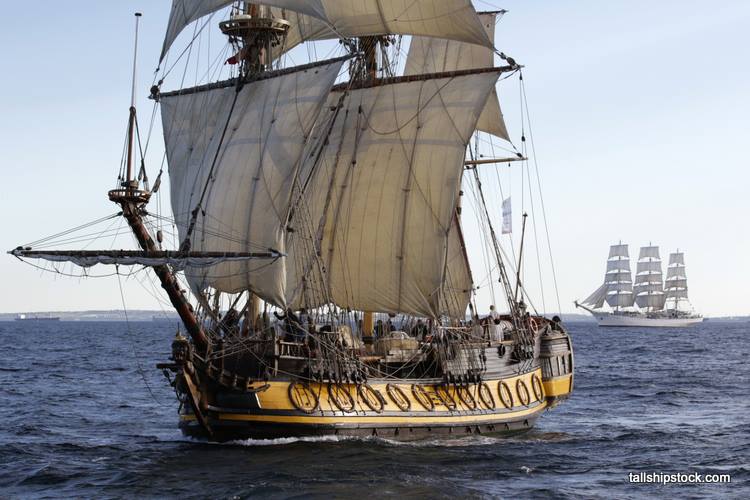 Russian frigate Shtandart has won first place in class A, and was second overall on corrected time. A great achievement, that is true, but even better, and more so for being quite unexpected, was the friendship award, voted for by the captains of the competing vessels. 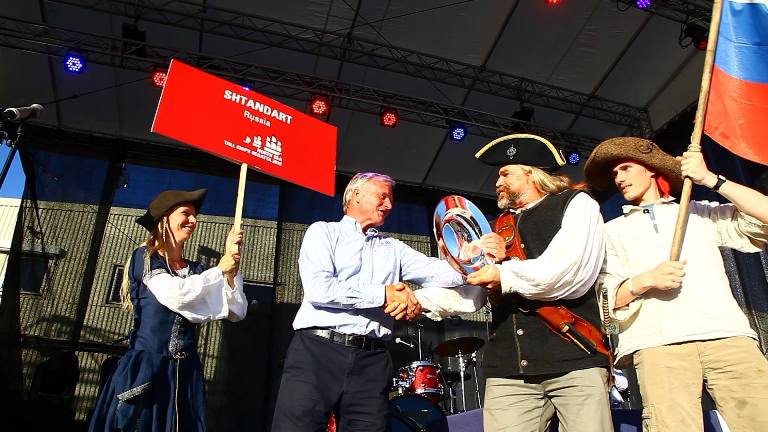 It is true, that during the race we got lucky with the wind. Big square sails, design from the early 18th hundred – this ship can’t tack if you threaten to sink her. But on proper course, boy, is she fast. And here lies the secret. Ships don’t run themselves. All those midnight sail trims and 2am bracings, strategic turns away from land when the wind might die down, teaching all the trainees how to steer her without shaving off those precious 0.2 knots of speed even for a moment – it all paid off at the end. Enormous effort of all the commanding officers, crew, volunteers and trainees is what made this win possible. 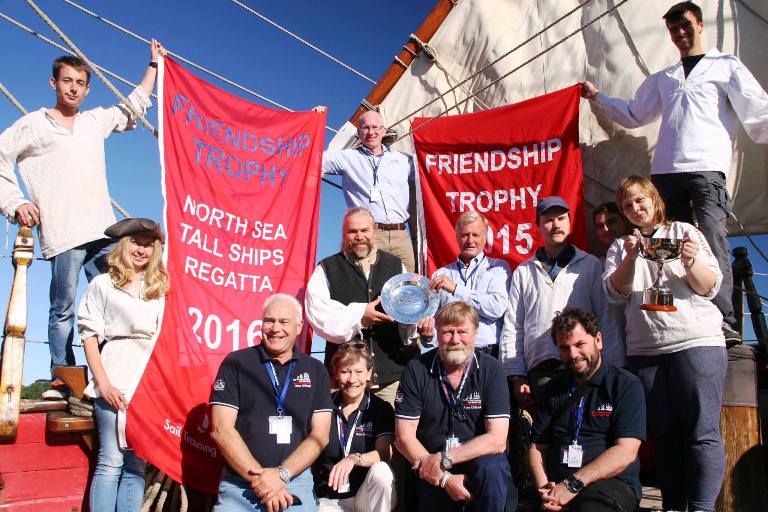 After the finish line our captain has rewarded us with a sharp turn, some more glorious sailing at 9-10 knots, in blazing sunshine, deep blue-green sea and flying white foam. Sauna in Frederickshavn, fitting for all who have worked hard.

Why the friendship award, then? Well, I guess people just like our piraty ways. There also might have been an old lady or two helped across the road or up the gangway. And a 30% crew exchange with a bigger ship we randomly met in Frederikshavn, as well as probably much more friendly award-worthy stuff that we have simply done without even thinking about it, because it’s just how we are. Go, team Shtandart! 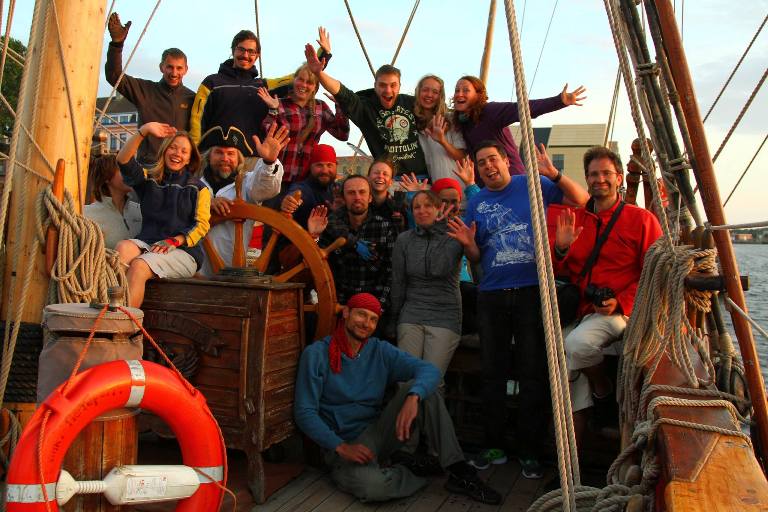 Check out  to get more about the North Sea Tall Ships Regatta. 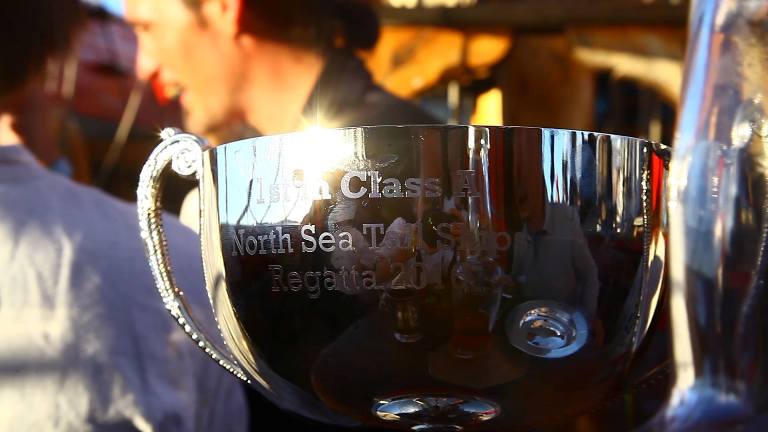