In early summer ‘Shtandart’ will leisurely sail along the coast of the Baltic sea. Sailing along the beautiful shores framed in sandy beaches will be followed by evening walks around small old towns where historical ship perfectly fits the scenery.

Klaipeda is the first port of The Tall Ship Races Baltic i.e. tall ships regatta. Arrival of the participating ships marks the start of a sailing festival. ‘Shtandart’ traditionally heralds the beginning of the festival with a cannon shot. The festival attracts hundreds of sailing ships from around the world and a vast number of tourists. For a crew this also means meeting old friends, visiting other sailing ships and participating in the coastal program organized by the host port. Traditionally the list of entertainments for the crew includes sporting events, parades, free access to museums, parties and fireworks. 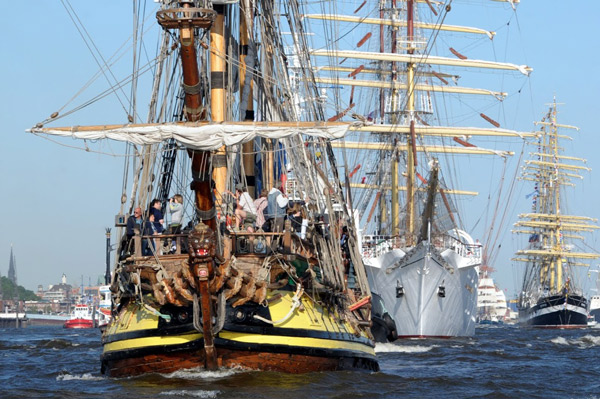