The program of our voyage from Sweden to Latvia includes Swedish skerries, open waters of the Baltic Sea, Finnish sauna and pine forests of the Gulf of Riga. A relatively small distance of 250 miles and sufficient amount of time will allow us to make a proper sailing voyage with stops in interesting places. 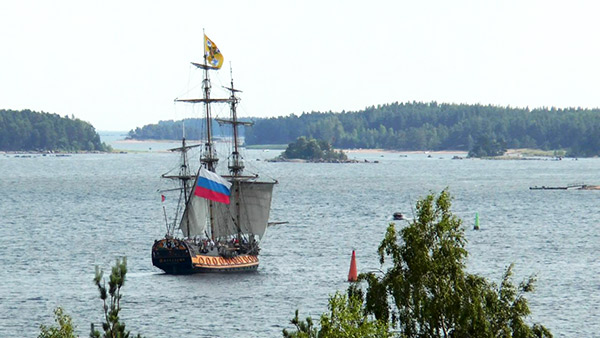 For example, within few hours from Stockholm there is a fortress hidden in the rocks at the crossroads of fairways which is now open as a Museum of fortifications of the latter half of the 20th century. Coming to an anchor on small isles in Finland we can take a proper sauna and catch a sight of the famous dunes of the Riga seaside at the end of this sea passage. In the capital of Latvia we will stay just a step away from downtown where you can visit one of the numerous coffee shops as well as listen to an organ concert in the medieval Riga Cathedral.