History of the Original

300 years ago, upon the order from tzar Peter and governor Menshikov, began the construction of the first Russian ships for the new Russian Navy in which Shtandart became the flagship.

The recreation of the modern frigate Shtandart is a story of realising a dream, a symbol of determination and total commitment to one’s goal.

Rebuilding the replica of Peter the Great’s famous ship became possible because of the energy and the spirit of the young generation. It is proof that nothing is ever impossible if you are prepared to act. 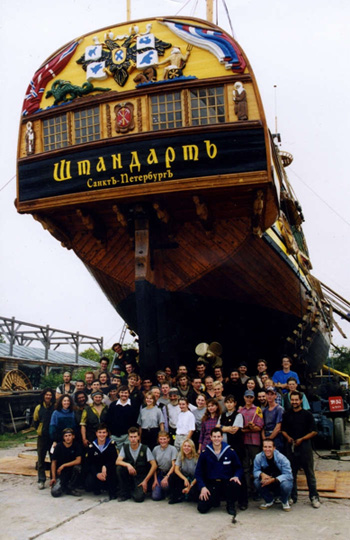